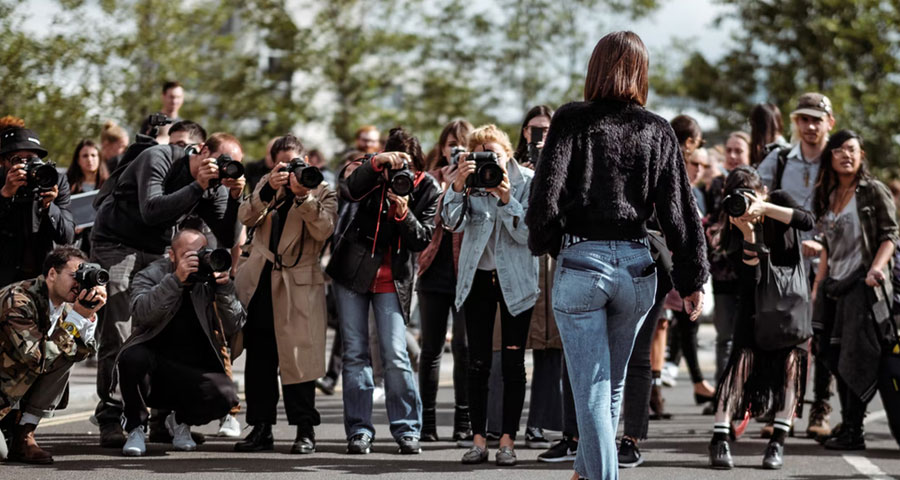 A celebrity is photographed all the time by the paparazzi. Whether they go to a shopping mall or a doctor, they are always followed by the paparazzi. Being under the radar of the paparazzi can affect the personal life of the celebrity, just like it did with Princess Diana’s life.

Here are some unique ways some celebrities deal with the paparazzi.

Ashley is a popular American singer and actress. She has gained fame from childhood. From a very young age, she has been followed by the paparazzi. She now covers her face with her dog Maui when she is in front of a camera.

Hiring someone who looks similar

Celebrities often hire body doubles to stay away from the paparazzi. They get these people to attend events instead of the real celebrity. Britney Spears once hired a body double to avoid the stalkers. Michael Jackson also hired body doubles for security reasons.

Some celebrities choose to wear anti-paparazzi clothing so that the paparazzi shy away from them. The clothes are bright and full of different patterns. The camera experiences too much or too little light, thus ruining the photo.

Some celebrities hold different objects in front of their face to avoid their photographs being taken. Katy Perry once used a giant doughnut pillow to cover her face. Emma Stone uses large cards and writes the name of the charity program she is supporting to cover her face. Shia LaBeouf covers his head with a paper bag.

Some celebrities upload their photos on social media. Whenever they go to a place or event, they take their photographs and upload those. This deters the paparazzi from taking that extra effort to capture the celebrity’s photos.

Actor Daniel Radcliffe uses this trick to avoid the paparazzi. He comes out of the theatre wearing the same cloth and hat for months. So the paparazzi lose interest in capturing the same type of photo every time.

Paparazzi is a part of celebrity life. The celebrities have to deal with the paparazzi every day. These unique ways of hiding from the paparazzi can protect their private life and make them feel more comfortable when they are outside the home.

Get the Latest Updates